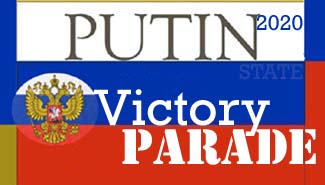 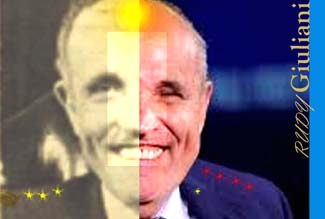 Central Asia is one of the least integrated regions worldwide.

During the May 2019 Eurasian Media Forum in Almaty, participants focused in debates on effective cooperation to boost the economy of the five states. They also discussed impacts on the current process of globalization.

Five Central Asian countries – Kazakhstan, Kyrgyzstan, Tajikistan, Turkmenistan and Uzbekistan – favor increased regional integration that is effective for growing their economies. This issue was in the center of a debate at the Eurasian Media Forum end of May in Kazakhstan’s former capital and biggest city Almaty. The city is legendary for its apples and European apples originated there. Almaty sits on the historical Silk Road, at the foot of the snowcapped Tian Shan mountain ranges.

The five countries already cooperate on international security issues including in combating terrorism, Yerlan Karin, advisor of the Kazakh president, said at a round table during the forum. But there is no high level-dialogue yet on other issues. “There is a need for political, business and media cooperation,” he said.

Launched in 2002, the Eurasian Media Forumis an international platform on global issues around economy, politics, environment, culture and media. According to Almaty’s Mayor Bauyrzhan Baibek this year 600 delegates from over 50 countries and more than 1000 journalists participated at the three-day May 22-24 forum.

Arslan Ashirov, Deptuy Chairman of the National Informational Agency of Turkmenistan, said, China’s Belt and Road Initiative is a potential facilitator of fruitful cooperation. He noted that there was already a railway line linking Kazakhstan, Turkmenistan and Iran. Still, there were more transport corridors possible, for example a railway expansion to the Caspian region. The Belt and Road Initiative (BRI), aimed at connecting China, Europe and countries located along routes, was suggested by China’s President Xi Jinping in September 2013. BRI envisages more than 100 infrastructure projects that would improve China’s connectivity with Western Europe via Central Asia and Russia, including roads, railroads, pipelines, industrial parks and special economic zones.

The five Central Asian countries are an important geographical focus of the project. So far, Central Asia, while a culturally and historically homogenous region, remains one of the least integrated regions in the world, according to a study of the Norwegian Institute of International Affairs, of January 2019  (Roman Vakulchuk, Indra Overland: “China’s Belt and Road Initiative through the lens of Central Asia”).

Homid Saidov, a political scientist and professor at the Russian-Tajik Slavonic University in Dushanbe, said in Almaty that Tadjikistan had huge water resources and was exporting hydropower to other countries like India and China. “This is the opportunity for us,”he said.

Tatyana Velovaya, member of the Eurasian Economic Commission (EEC) Board and recently appointed Director-General of the UN’s European Headquarters in Geneva said that the classical format of “integration” is often a custom union. “This is possible in Central Asia.” The EEC is the executive body of the Eurasian Economic Union which is a customs union and groups Armenia, Belarus, Kazakhstan, Kyrgyzstan and Russia.

According to Velovaya, water or power resources and environmental issues are important for the region. She recalled that, for example, the Baltic countries are part of the European Union while resolving issues of their countries.

Murat Uzakov, Head of the Department of Informational an Analytical Center of International Relations of Uzbekistan, stressed that there have been debates in the UN Security Council on regional cooperation for the Central Asian countries. During the Kazakh presidency of the UN Security Council, in January 2018, a meeting was devoted to “Building Regional Partnership in Afghanistan and Central Asia as a Model to link Security and Development”.

For the debate Kazakhstan had circulated a concept note, which emphasized regional integration, cooperation on terrorism and economic development. UN Secretary General Antonio Guterres presented a report on the subject. He said Central Asia has made significant progress on sustainable development in recent decades. But the landlocked countries in this region can never achieve their full potential alone. “Growth, increased employment opportunities and prosperity depend on accelerated economic cooperation and integration,” he said. Guterres noted further that despite the centuries during which the Silk Road was one of the most important trading routes in the world, trade between Central Asian countries has fallen to low levels since they achieved independence nearly 30 years ago. The UN Secretary General stated also, Central Asian governments have begun to intensify cooperation on water resources through bilateral water commissions and agreements. These developments hold important lessons for Afghanistan, where water-dependent farming and agriculture make up nearly half of the economy, he said. The UN Regional Centre for Preventive Diplomacy for Central Asia (UNRCCA) was ready to help to modernize the regional framework on managing trans-boundary water resources.

In Almaty at the Eurasian Media Forum,  presidential advisor Karin noted that rapprochement is a basis for regional integration. While there is today only political integration between Central Asian countries, in the future there could be developed intersectoral programs of ministries of the different countries and businesses or public-private partnerships, he suggested. Uzbekistan’s Uzakov agreed and said a mutual understanding is needed between the countries. “We need to resolve issues which historically haven’t been resolved, for example concerning borders. Uzbekistan currently has a bilateral commission with Tajikistan to resolve this and also in demining,” he said. “There was significant progress in the last two years.”

Wayne Curtis Weldon, a former U.S. Republican Party congressman (1987-2007), stressed that Central Asian countries need to attract investors to grow their economies. He noted that the U.S. was booming now, and there is virtually no unemployment. He stressed that U.S. jobs were not created by the State, but by private businesses.

With view to foreign investments Muhammad Olimat, Professor at the Emirates Diplomatic Academy, UAE, said Saudi-Arabia and the Emirates had much to offer in Central Asia.

At the forum in a high-level debate the question of whether the world is heading into a reverse process of “de-globalization” after years of globalization was discussed. Panelists, however, rejected the suggestion of de-globalization. Despite concerns about trade wars and rising populism, globalization was not over, President Armen Sarkissian of Armenia said. He pointed out, that globalization is not new. It started in a sense with Alexander the Great and the old Silk Road. Today Armenia was a crossroad, “a small state, but a global nation”. Armenia had very good relations with Russia and Eurasia and saw no contradiction in having an agreement with the European Union.

“Use Armenia as a bridge,” he said. Also, Toomas Hendrik Ilves, former President of Estonia, pointed out that since the appearance of the Smartphone in 2006/07 there has been an explosion of access to the internet, now reaching four billion people. “That reduces the chance of de-globalization.” Baige Zhao, Vice Chairwoman of the Foreign Affairs Commission of China’s National People’s Congress, said she preferred to call the current state of development in international relations “new globalization” rather than “de-globalization”. Technology was changing the world very fast, with huge opportunities for growth. Developing countries had had no access to information just some years ago. But now they had the tools for independent development.

Sir Ivan Rogers, the United Kingdom’s former Permanent Representative to the EU, commented on Britain’s June 2016 referendum decision to leave the EU in the context of de-globalization. The referendum result was a consequence of the financial crisis, he said. A lot of discontent had built up particularly about social inequality, which poorer people tended to blame on globalization. Those wanting to leave the EU had a powerful slogan  – “Take Back Control”.

Kazakhstan’s Deputy Foreign Minister Yerzhan Ashikbayev pointed out that Kazakhstan, the biggest landlocked country in the world, was not well placed to play an active part in de-globalization. On the contrary, his country had faced a huge challenge after the break-up of the Soviet Union and had to reach out to the outside world. “Kazakhstan favors a dialogue of integration, which is only possible with trust and confidence,” he said. He underlined that Kazakhstan is also a host for Syrian peace talks and had played a role in facilitating the international nuclear deal with Iran. 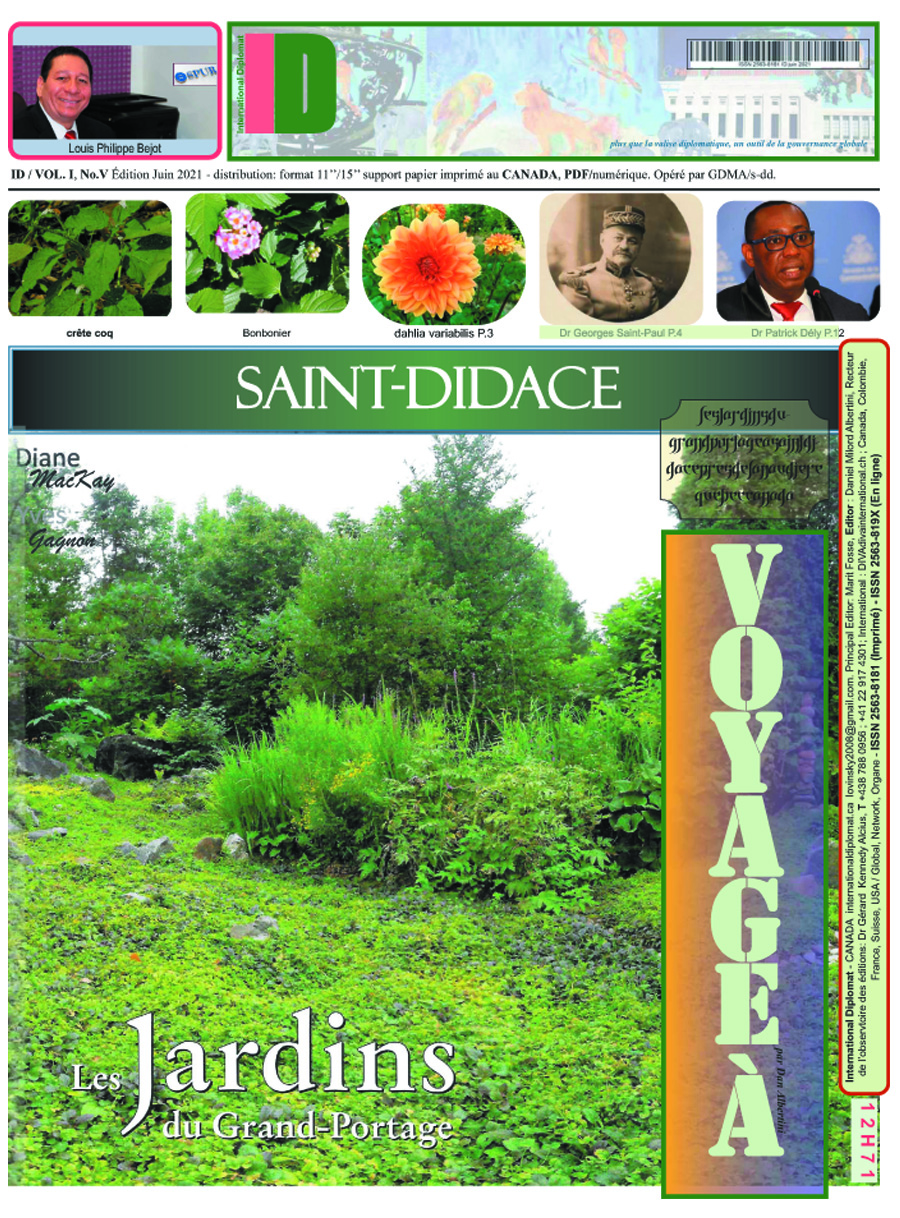